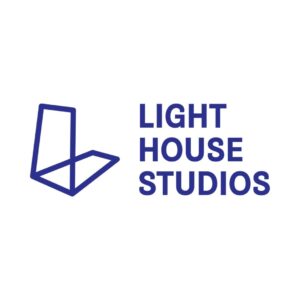 Making the announcement in Kilkenny today, Minister for Jobs, Enterprise and Innovation, Mary Mitchell O’Connor said “This is terrific news and I warmly welcome the additional 140 jobs which will be created in Kilkenny. I am always keen to pursue as wide a range of Foreign Investment projects as possible and this launch today shows that we have the creative talent to attract companies like Mercury Filmworks to Ireland. Ireland has a strong record in film making, including animation, and I have no doubt that this partnership between Mercury Filmworks and Cartoon Saloon will go from strength to strength”.

Lighthouse Studios will provide high quality children’s and family animated content development and end-to-end production services–from script writing, design, storyboard, animation and compositing to post production services–to a global client base. Specializing in 2D animation with some CGI integration and utlizing the latest technologies, the studio’s production pipeline will mirror Mercury Filmworks’ Canadian operation. However, Lighthouse Studios will operate autonomously with its own management team, reporting to a Board of Directors comprised of executives from both Mercury Filmworks and Cartoon Saloon.

In making the announcement, Mercury Filmworks CEO Clint Eland, explained, “We have enormous respect for Cartoon Saloon and could not be happier to announce this collaboration. They are one of today’s most creative and well respected animation companies with goals, perspectives, and philosophies that complement our own.”

Added Cartoon Saloon’s CEO Paul Young: “All of us at Cartoon Saloon are delighted to be in partnership with Mercury, as we have long admired their work. And now, together, we plan to make Lighthouse Studios and Kilkenny a center of excellence for animation. ”

Young continued, “Ireland enjoys a number of advantages when it comes to animation. The industry is supported by a growing number of educational programs and draws talent from all over Europe due to the quality of projects being produced here. The Irish talent pool has been spilling over into other parts of Europe and North America for years and we look forward to welcoming a lot of that talent home.”

The Minister of State for Training, Skills and Innovation, John Halligan TD said ” This is a really positive development for the South East region. The Government through the Action Plan for Jobs is very focussed on ensuring all of Ireland benefit from job creation. This project today shows that we have the capability to attract big international projects, requiring a diverse range of talents, which bring well paid jobs to this region. I know Kilkenny will be a great home for the new venture”.

“The impact of Mercury Filmworks creating this greenfield investment with Cartoon Saloon, one of Ireland’s most respected animation studios, is a game changer for the industry,” concluded IDA Ireland CEO Martin Shanahan. “It will greatly enhance the animation cluster in Ireland, broaden the animation skills base here and clearly positions Ireland as a compelling location for world-class content creators.”

Mercury Filmworks® is one of Canada’s most prolific independent studios and internationally recognized as a leader in the animation industry for its benchmarks in quality, reliability, and innovation. Over its 19-year history Mercury has helped bring to life many of the most memorable modern animated television and film properties including Disney’s Tangled animated series and multi-award winning series Mickey Mouse Shorts, Lion Guard, Wander Over Yonder, Star and the Forces of Evil, Jake & the Never Land Pirates, Fish Hooks, Toot & Puddle, Gerald McBoing Boing, Atomic Puppet and the upcoming NETFLIX original series HILDA, based on the Eisner-Award nominated graphic novels by Luke Pearson.  Mercury is proud to be associated with partners such as Disney, Amazon, NETFLIX, Warner Bros., Universal, Cartoon Network, Nickelodeon, and its home networks, Silvergate, CBC, SRC, TVO, Knowledge Network, DHX’s Family Channel and Family CHRGD and the Corus Entertainment family of networks, Teletoon, YTV, and Treehouse.

Kilkenny-based Cartoon Saloon is a twice Academy Award® and BAFTA nominated animation studio formed by Paul Young, Tomm Moore and Nora Twomey in 1999. In 2010 the studio’s first feature film, The Secret of Kells, was nominated for an Academy Award® and in 2015 their follow up feature, Song of the Sea, garnered a second Oscar® Nomination. Building on a platform of award-winning shorts, feature films and TV series, Cartoon Saloon has carved a special place in the international animation industry with projects such as the award-winning tv series Skunk Fu and Puffin Rock and those currently in development including Wolf Walkers, Dorg Van Dango and Viking Skool. Cartoon Saloon’s next feature film “The Breadwinner”, co-produced with Canada’s Aircraft Pictures, Luxembourg’s Melusine Productions and in association with Angelina Jolie’s Jolie Pas Productions will have it’s worldwide premiere in Autumn of 2017. It is based on the internationally acclaimed young adult novel of the same name by Canadian author Deborah Ellis.