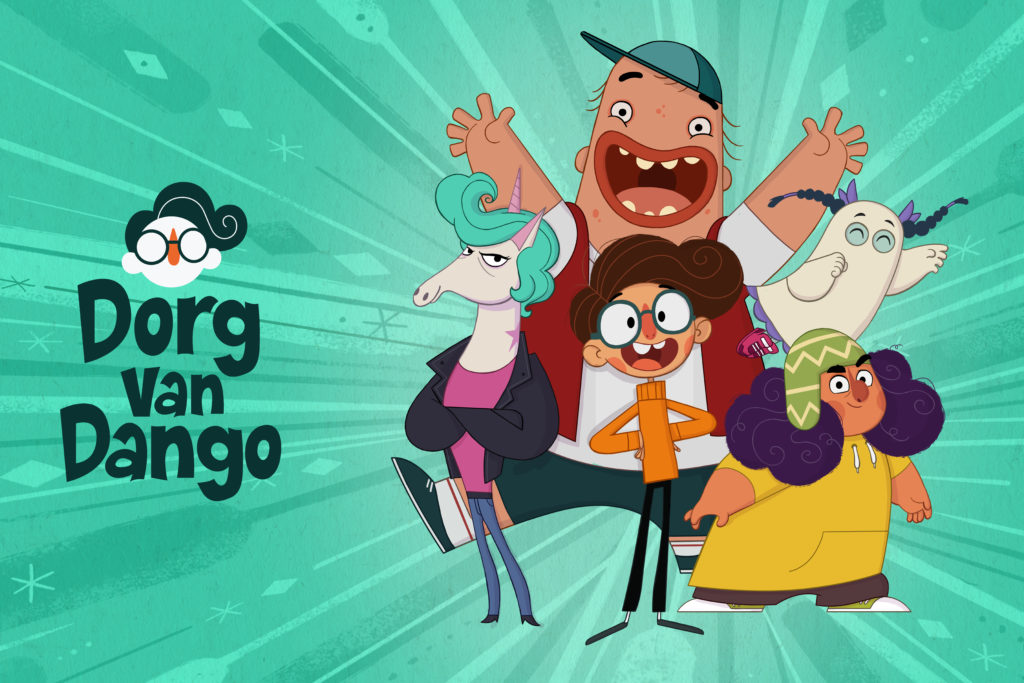 Dorg Van Dango is a regular teenager growing up in the town of Normill. But life takes a wild turn when four magical beings escape from Area 52 and crash-land in his back yard. Dorg takes them under his wing and disguises them as normal teenagers – but his new gang of best friends are anything but normal! Jet the cool unicorn, RD the goofy alien, Yooki the spooky ghost, and Patronella the weird witch all try to help Dorg navigate teenage life. Whenever he has a problem or chore, they’re always quick to offer a magical shortcut, but it’s not long before their magic gets out of control and things escalate in unexpected and hilarious ways. When the gang try to use their powers to undo the chaos, they only make more magical mayhem, leaving it up to Dorg to figure out a solution and save the day— often learning a thing or two about life and friendship along the way.

Dorg Van Dango, a new animated series from Cartoon Saloon and WildBrain, premiered exclusively in Ireland on RTÉ 2 on Monday, March 2, 2020, and is expected to roll out globally on Nickelodeon International in 2020. A brand new animated comedy for six to 11-year-olds, Dorg Van Dango follows the adventures of Dorg, an ordinary kid, living in the very normal town of Normill. That is, until he meets THE MAGICALS: Jet Lazor, the super-cool unicorn; Patronella, an ancient witch; RD, a curious alien; and Yooki, an eerie ghost. They are all escapees from Area 52 and are in desperate need of help and refuge. To have them blend in with the citizens of Normill, Dorg disguises them as teenagers and hides them in the basement of the local shopping mall. With his new best friends attempting to help navigate life’s challenges, Dorg’s world just got a whole lot less normal and a lot more fun! Dorg Van Dango is a Canada-Ireland co-production from Cartoon Saloon and WildBrain, in association with Family Channel in Canada and RTÉ in Ireland.

Based on an original idea by Fabian Erlinghäuser (Song of the Sea, Moone Boy) and Nora Twomey (The Breadwinner, The Secret of Kells), Dorg Van Dango is developed and produced with assistance from Fís Éireann/Screen Ireland and Creative Europe. Cartoon Saloon handles design, writing, storyboards and post-production as well as distribution in Ireland and the UK, and WildBrain handles voice records, writing, character and background builds, animation, and distribution rest-of-world. 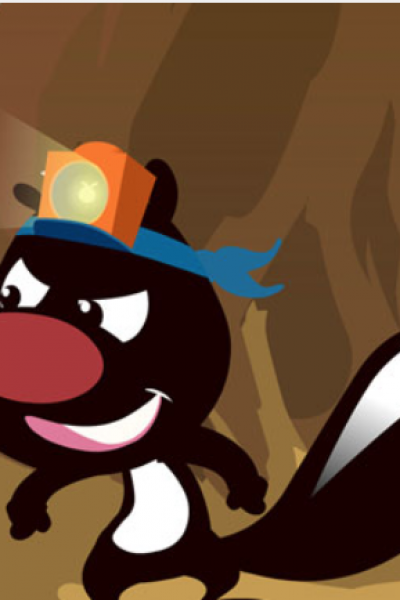