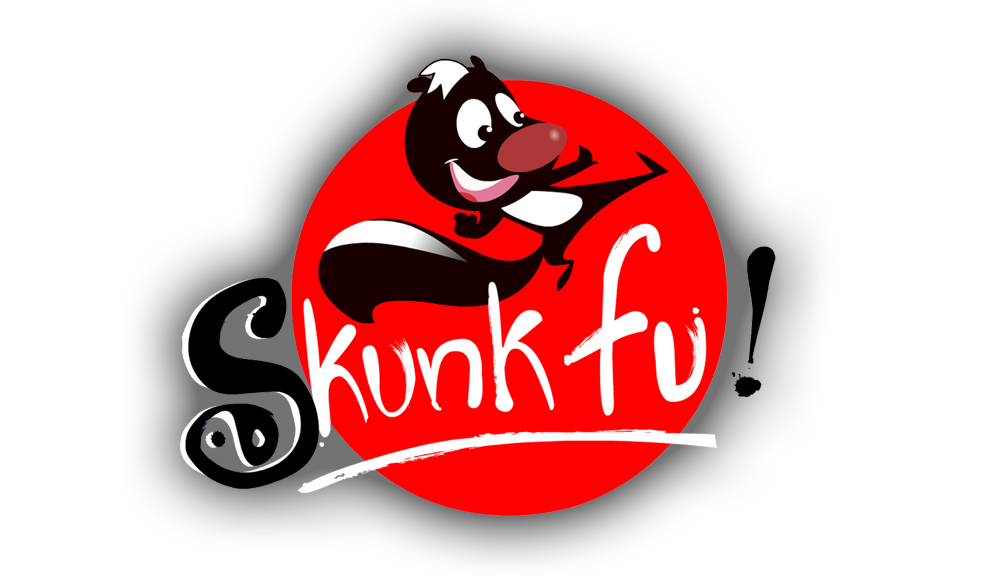 Skunk is a western kid learning Kung Fu from a wise old Panda in China, so that he can help the Resistance fight against the evil Black Dragon and his army of Ninja Monkeys. Skunk Fu is an award winning comedy adventure series for kids, Skunk Fu has been broadcast in over 120 countries on channels such as BBC, Super RTL & Cartoon Network.